It seems there is a point at which even the most ardent sweatpants devotee breaks rank. Perhaps it was the smattering of temperate late-fall days or the stultifying relentlessness of WFH life, but suddenly all the cozy, plush, fleecy piles in shapeless silhouettes were anathema to me. The cognitive dissonance I’d felt marveling at the sheer volume of variously shaped outside shoes and the riot of shrewdly cut frocks in my closet no longer seemed absurd and profane. Call it a circadian rhythm, call it desperation, but I could not get over this pent-up kinetic energy, this need for catharsis, this unslakable desire to get a ’fit off, to dress at someone. 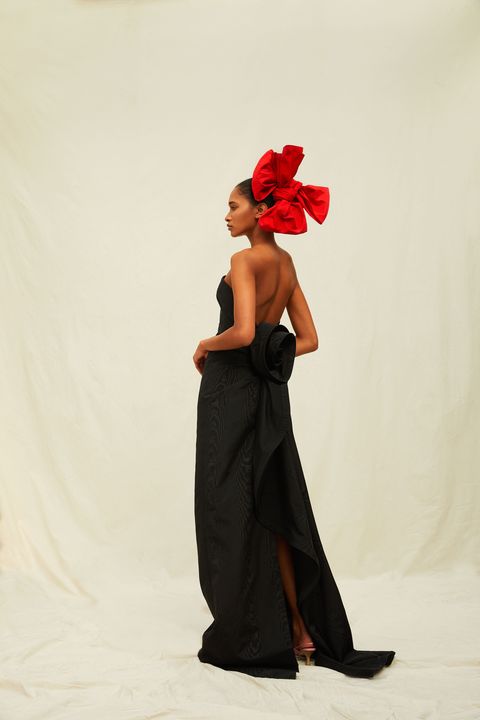 As life became startlingly, stunningly precious, the notion of saving a look, putting a piece on ice, seemed hideously antiquated, laughably miserly—and altogether beside the point. It is, no doubt, a privilege to be alive, to be healthy, to have a Maslow’s hierarchy of needs so satisfied that the body and mind crave to be viscerally moved by something as auxiliary to survival as clothes. But this is precisely where I found myself, and it seemed I wasn’t alone. I missed getting dressed for an audience—and based on the spring 2021 collections, designers missed dressing us for one. 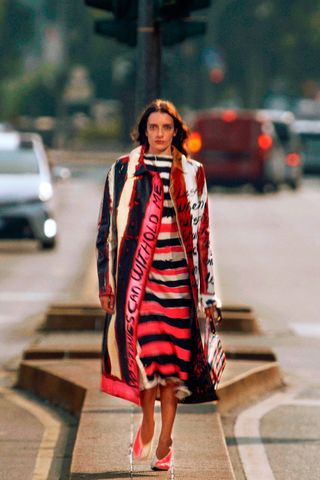 That came across in the mashed-together archival Franken-jackets at Marni; the frenzied, clashing prints and textures pleated and layered at Chopova Lowena; the engorged, swagged sleeves, hems, and pants at Loewe. Everything was gloriously impractical, hyperbolic, outsized as if to ward off predators, and larded with embroidery, painted florals, animal prints, and vividly candied hues, almost as if fashion itself were in heat. Designers, in a kind of collective Rumspringa, seemed determined to shake it all off in utter opposition to the coiled vigilance of lockdown. 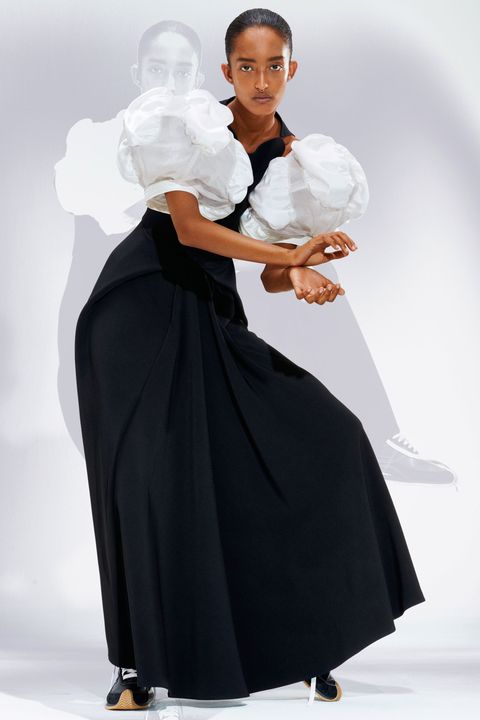 “You want some zaniness, you want to look extra,” says designer Michael Halpern, who forwent the traditional runway show for a film that featured first responders in London wearing his collection. Soaring, metallic pleats wafted at eye level, as a black-and-pink globe dress festooned with ingeniously spiked feathers affirmed this lust for outward projection. Dressing up like this “is an act of defiance,” he says. “You don’t want to continue from this place of fear.”

(It also bears mentioning that these intricately embellished pieces don’t just catch the eye, but ensure the livelihoods of many. “We’re supporting textile mills, seamstresses, button producers,” Halpern points out. “What’s not relevant about happiness and jobs?”) 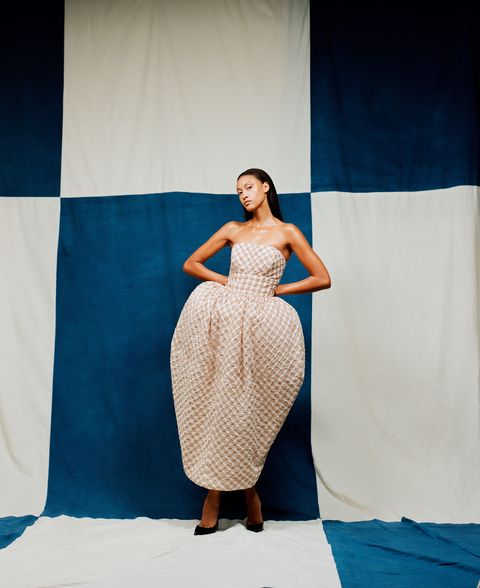 A look from Rogers’ spring 2021 collection.

Few can be more readily relied upon for a shot of dopamine to the neck than Christopher John Rogers, a red-carpet mainstay and CFDA darling adored for billowing satin with the kind of color saturation that throbs. “It’s important, especially now, to find ways to make yourself as happy as possible,” he tells me, emphasizing that it’s precisely the lack of events that should make the ritual of dressing for dressing’s sake that much more personal. “I don’t believe in saving pieces for a moment,” he says. “I’m inspired by people who use clothes as clothes, even though they happen to be spectacular.” Olivia Kim, Nordstrom’s vice president of Creative Projects and Home, shares this sentiment. “I’ve always loved this idea of being overly dressed up for mundane errands,” says Kim, who now finds herself breaking out her fanciest frocks for pedestrian tasks. She recently wore a red velvet Comme des Garçons dress with paper-doll proportions to sift through avocados at the grocery store. 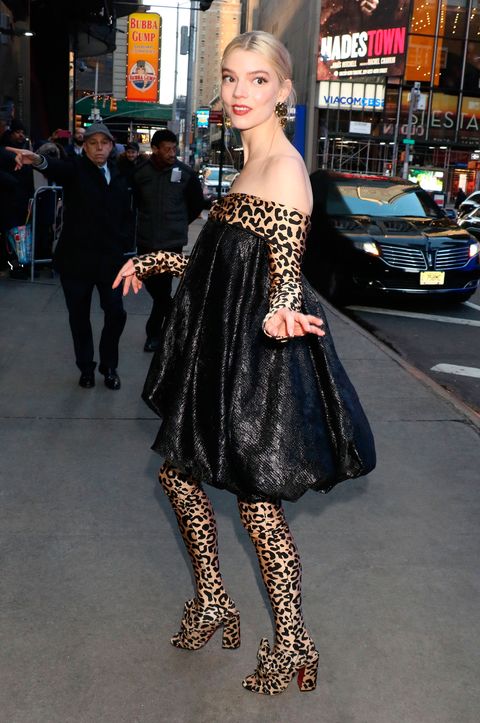 As we get ready to emerge from quarantine, so many of us are feeling the urge to tap into the uncorked giddiness of fashion again. It’s less about consumption or louche ostentation, and more about the unequivocal playfulness of wanting to wear everything you love all at the same time. Halpern crystallizes this phenomenon neatly in two words: “Grey Gardens,” he says, acknowledging his inspiration for wearing gobs of jewelry at home to watch The Crown. “Sometimes you want that.”

This article appears in the March 2021 issue of ELLE.

This content is created and maintained by a third party, and imported onto this page to help users provide their email addresses. You may be able to find more information about this and similar content at piano.io